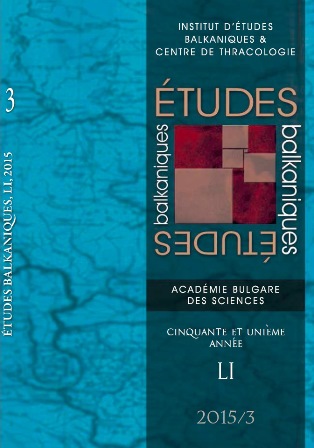 Summary/Abstract: “Alamut” (1938) is a novel by Vladimir Bartol (1903 – 1967) – Slovene author from Trieste. It has been defined as both “marginal literature” and “brilliantly written work”. However, only in the 1980s and 1990s Bartol’s novel became the most internationally successful and bestselling work of Slovene literature, partly due to its strangely contemporary relevance. And yet there has been surprisingly little comparison between “one of the most original works of Slovene literature” and the modernistic literary creativity of contemporaries of Bartol’s generation elsewhere in Southeast Europe – for instance authors such as Bulgarian Boris Shivachev, Romanians Camil Petrescu, Anton Holban and Mircea Eliade, and even Serbian Miloš Crnjanski. Regrettably, “Alamut” is not translated in Bulgarian or Romanian yet. Apart from the fact that it is a gap which needs to be filled, such a juxtaposing seems to be quite alluring, loquacious and valuable. This study represents an attempt to commence similar comparison and to initiate a broader discussion between both extremities of the Balkans.