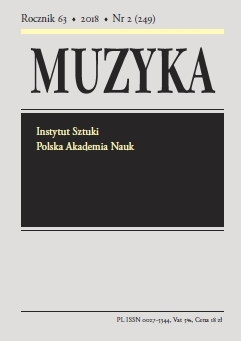 Summary/Abstract: A distinguishing characteristic of the music culture of Prague, which was then one of the leading centres of music culture in Central Europe, was its multiculturalism. The city, and its German-speaking part in particular, was receptive – among other influences – to Jewish culture. As early as in the 1920s, it could be observed that Jewish songs were becoming in vogue in Prague. They were performed in the major concert halls in Prague (Urania, Mozarteum, The Lucerna Palace, the hall of the German theatre, and others) in Hebrew and in Yiddish by local and visiting cantors and professional singers specializing in Jewish repertoire, including many newcomers from the territories of former Russia. In the first part of the article, the author discusses the origins of the popularity of Jewish songs (or, broadly speaking, Jewish music) in the concert venues of Prague during the period between the two world Wars.In the latter part of the article, the author chronicles the performances of Jewish songs in their synagogue, art and folk versions (performed by both Jewish and non-Jewish artists: cantors, opera and cabaret singers, or reciters) in the Prague venues during the prewar period, listing the performers and, where possible, the compositions.