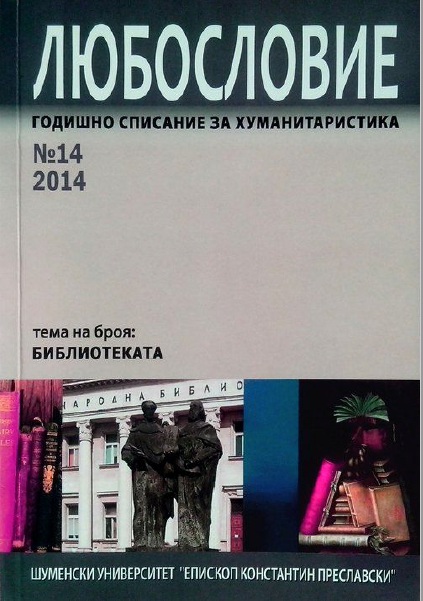 Summary/Abstract: In Stoyan Mihaylovski’s collection of poems named Philosophical and Satirical Sonnets (1895) emerges the European man’s intellectual drama at the end of 19th century. The crisis of rationalism was further marked by the destruction of long-term philosophical paradigms, of crumbling ideologies once helping to understand the surrounding world and humankind. In short - all that has been hope and consolation in human thinking, life and behavior. Moreover, according to the sonnets, human hope and comfort, philosophy and ideology that people themselves invented are nothing but good intentions. Outside the scope of good intentions remain the truth about the world and humankind - both incomprehensible and impossible for his mind. Both in private and in public man lives with the evil. It arises from man’s emotions, spiritual life. Only the will has the power of choice. The poet’s lyrical ego also experiences the drama of failed culture and civilization. The emotional states expressed by Stoyan Mihaylovski’s sonnets are grief, sadness, pessimism, and loneliness. The voice of poet’s lyrical ego sees the only solution in his desire to achieve nirvana, easy death, passing away. Stoyan Mihaylovski’s sonnets are a manifestation of individuals' existential drama in Bulgarian society at the end of 19th century, a drama expressed as a universal issue.