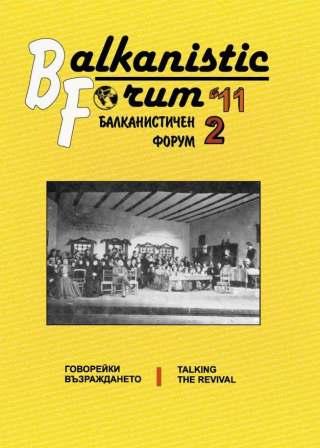 Summary/Abstract: The Bulgarian National Revival literary cannon has been constituted via the first academic history of the Bulgarian literature: „Bulgarian Writers: Life - Creative Work - Ideas", Vol. 1-2, Sofia, 1929. It is a collective work of university lecturers and professional philologists, who have been doing their studies in the 20s of the 20th century. The constitution of the literary cannon has been preceded by a paper war between Mikhail Arnaudov and Vassil Poundev on the pages of the then periodicals. The constitution of the literary cannons in the Roman, German and Slavic literatures happens beyond the 18th century, after the secularization of culture and creation of literary schools during the times of positivism. Probably, gathering of books, being realized as classical literature by profane human values, has been constituted on the analogy of the books gathering in the Holy Writ, in which we read the God's Word to men...