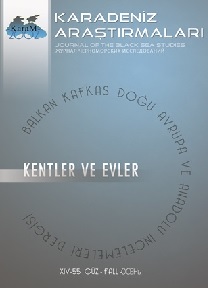 Summary/Abstract: In this article, the fascist Croatian Ustasha and the Serbian Chetnik movements, together with the Partisan movement which was under the control of the Yugoslav Communist Party during the World War II will be examined. In the Kingdom of Yugoslavia, which maintained its political existence between 1918 and 1941, the conflict between the Yugoslav nations about the political structure of the state was not resolved and there was a political clash especially between Croats who demanded the government to be regulated in a federalist manner and Serbs who advocated a centralized state structure. The Croats struggled to gain the federated state while the Serbs struggled to pass the Great Serbian project along with a centralized state structure. This main political conflict weakened the legitimacy of the state. With the beginning of World War II, the fascist Croat Ustashas started to realize their national programs and on the other hand Serbs supported the Chetnik movement trying to achieve Great Serbian ideal. Apart from these movements, the Partisans who were under the control of the Communist Party of Yugoslavia also struggled to establish a state based on the principles of federalism.