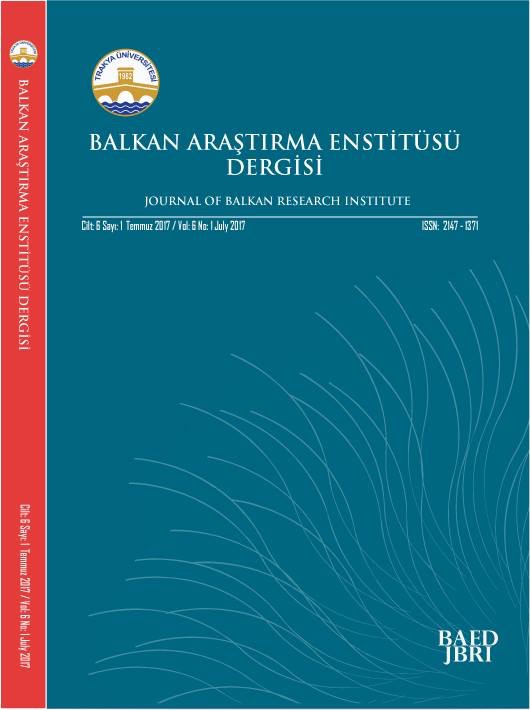 Summary/Abstract: The political tension of the “Croatian Question” in the Kingdom of Yugoslavia was increased after the declaration of dictatorship on 3 October 1929 by King Aleksander Karađorđević. The demands of Croats were that to organize the state within the framework of federalism since the establishment of the Kingdom of Serbs, Croats and Slovenes on 1st December 1918 have been hampered by the Serbs who were advocating a centralized state structure. Defending a political program for the formation of Great Serbia, King Aleksander tried to control the political life in the country by ignoring the demands of the Croats. However, the objections of the Croats to the centralized state structure under the control of the Serbs have intensified and the steps taken by the government towards federalization have increased. The Croats federated the state de facto in 1939 as a result of a treaty with the Serbs, taking into account the political balances both within Yugoslavia and Europe during that period. In the context of Croatian demands, the process of (con)federalization of the Kingdom of Yugoslavia was examined and the internal and external political dynamics that were influential in the process were addressed