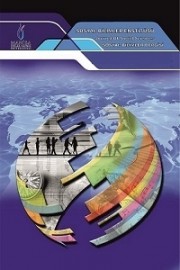 Summary/Abstract: Even though the public sector assumed a significant role in terms of ensuring economic balances, public finance deficits have been a primary driver of economic instability for some time. The budget deficits, which constitute the predominant part of public funding deficits, have emerged as one of the biggest problems of the economy, particularly from 1970s onwards. Budget deficits have been among the most urgent financial issues in Turkey especially in post 1980 period, as is the case in most developing countries. This study primarily addresses the root causes of budget deficits in Turkey following 1980. A review of the methods used for financing the budget deficits is then provided with detailed evaluations. Among the basic drivers of budget deficits are the failure to ensure an effective allocation of resources in public expenditures and the inability to collect public revenues especially for tax purposes. The study demonstrates that external borrowing has gradually become a less favored method of financing, given a downward trend in budget deficits for the period in question.