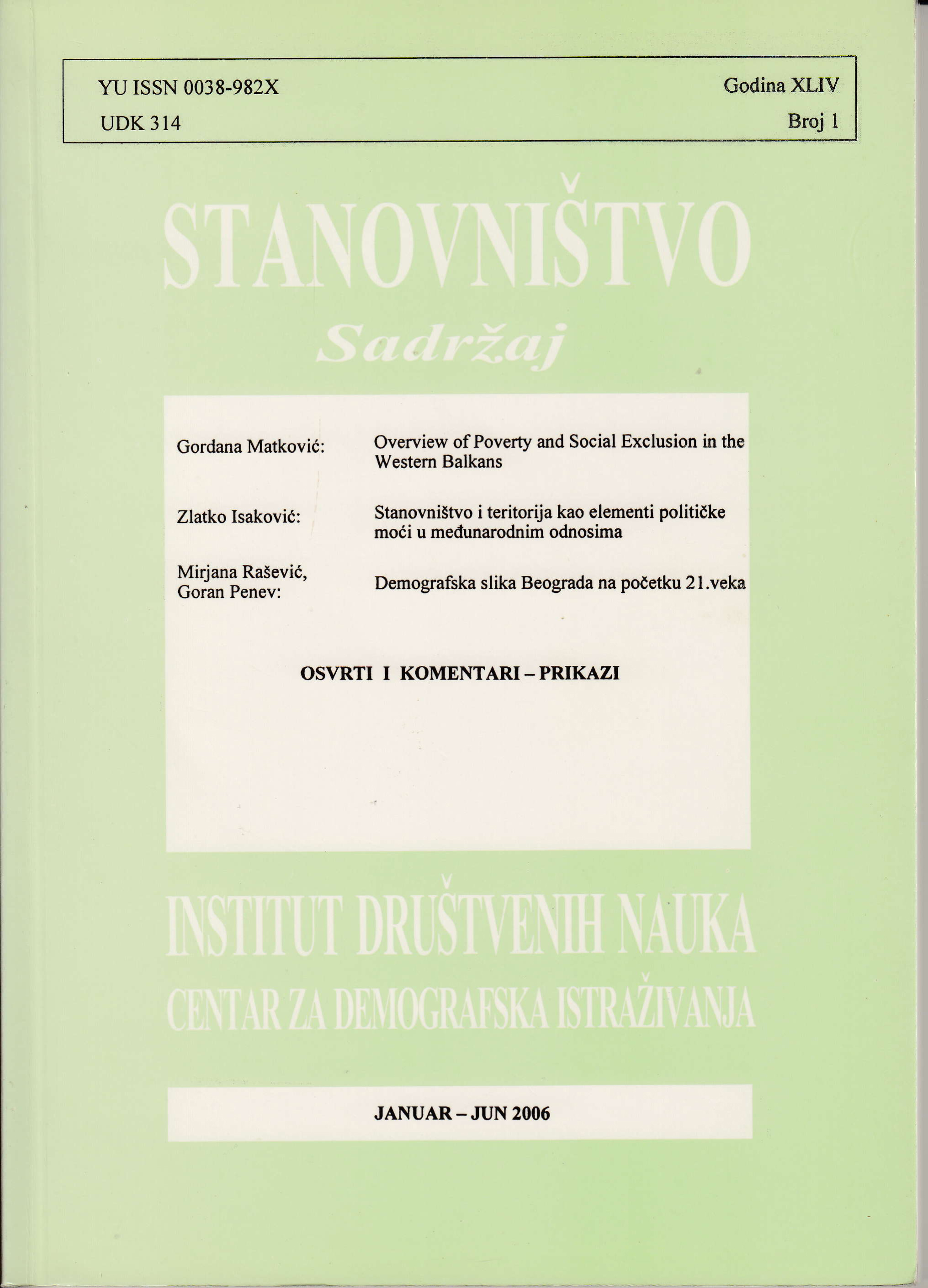 Summary/Abstract: During the last 15 years the entire Western Balkan region has undergone dramatic changes. With the fall of the Berlin wall and the disintegration of the former Yugoslavia, new states were formed and transition started, although in some countries it was quite delayed. Simultaneously, during the nineties, much of the region experienced wars and destruction, waves of refugees, internal displacement of population, devastation of the economy, demolition of institutions and impoverishment of citizens. Absolute poverty, determined through the estimation of household consumption at which families, after paying for essential non-food expenditures just attain minimal nutritional needs, in almost all of the Western Balkans is still relatively high, and is not showing significant tendencies of decreasing. A large concentration of the population and households just above the poverty line additionally demonstrates the challenges faced by the entire region while undergoing the transition process. In some countries extreme poverty, meaning that not even basic food needs can be met, has been registered. On the other hand, relative poverty, defined as the share of those who are excluded from the minimum acceptable way of life in states in which they live, is not particularly high. Due to the relatively high standard of living in the past and high expectations of the population that living standards would increase in a relatively short period of time, the subjective perception of poverty in the entire region is very much present. Groups that stand out as especially vulnerable and excluded are the unemployed, dependents and the less educated. At the level of the household, in some countries households with many children and elderly households are particularly vulnerable. The poorest often live in the rural areas and in the underdeveloped regions. In addition, especially vulnerable groups, who cannot even be completely covered by standard surveys, but are poor and socially excluded by many indices are the Roma, refugees and IDPs and persons with disabilities. Concurrently undergoing transition, post conflict reconciliation and reconstruction and striving to pursue their European Union future, the Western Balkan countries face many challenges. One of the greatest challenges is to focus on programs and activities that will lead to equitable and sustained economic growth that will also benefit the vulnerable groups. Almost all Western Balkan countries, through their national plans and programs, have marked employment growth and job creation as the most important single mechanism for exiting poverty. The second priority may be an increase of education coverage and improving the quality of education, although reduction of poverty and social exclusion presupposes improvement in the areas of developing appropriate social safety nets, health care systems, securing adequate housing, participation in decision making and protection of human rights. Bearing in mind the commitment of the Western Balkan countries to meet the globally agreed goals manifested in the MDGs, their efforts to proceed with anti-poverty strategies and aspirations in terms of EU accession, it is of the utmost importance to explore the synergies between these agendas to ensure that the processes reinforce each other.