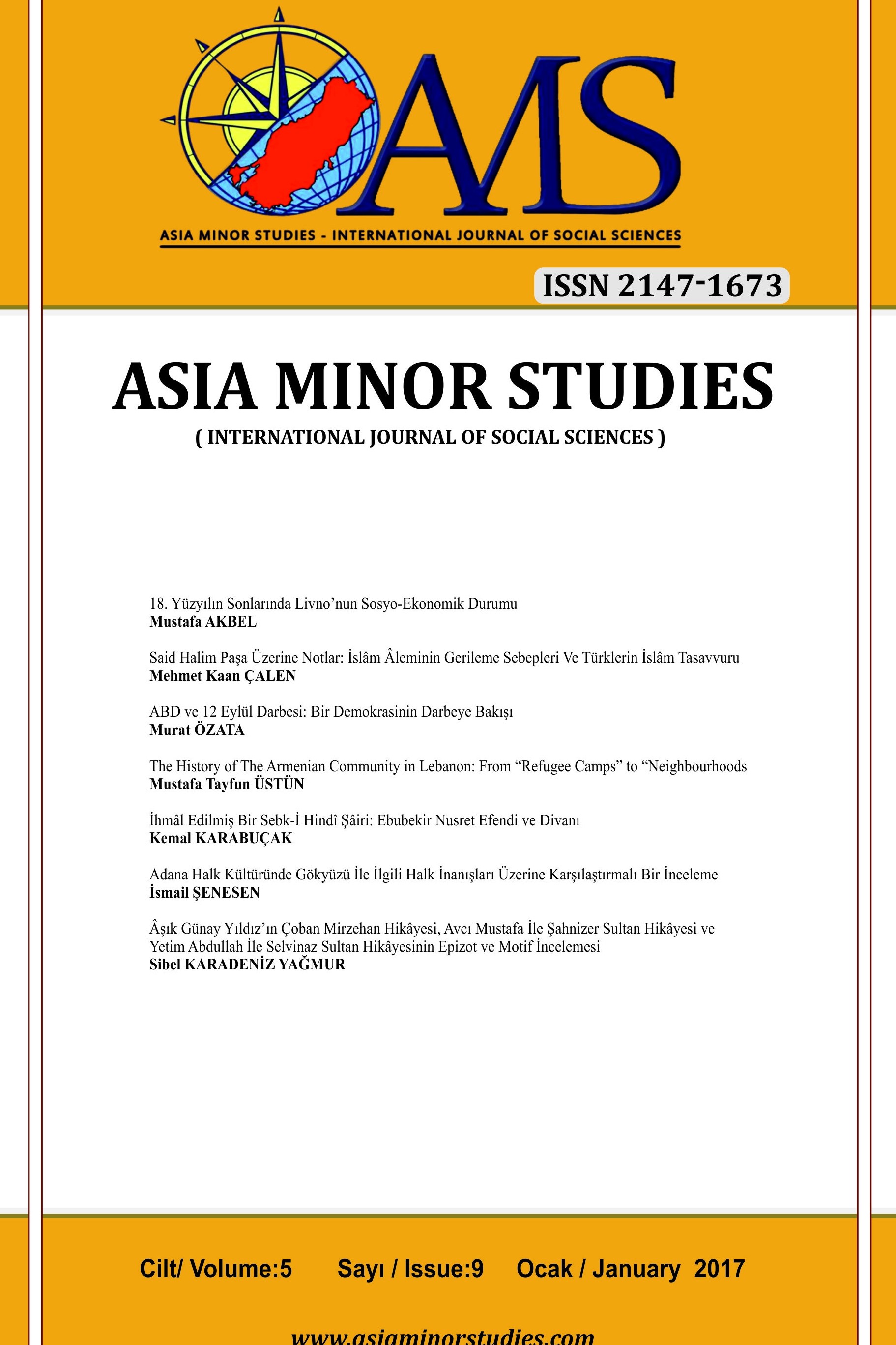 Summary/Abstract: The study we have done on Germencik, a district of Aydın today, has been prepared to make it clear about its name as there are many ideas on the name of the district. By examining various maps and sources belonging to the Ottoman period (XV Century - XIX Century), it was found that the city had four names until the city reaches today and also that the very first name was not Degirmencik but Germiyancık.We can say that these names were ordered from the earliest to the newest in the form of Germiyancık, Ġneâbâd (Eyneabad), Degirmencik and Germencik according to the data acquired.We tried to reach the most accurate result by revealing the origins of these names in our study along with how they developed and changed until present day.