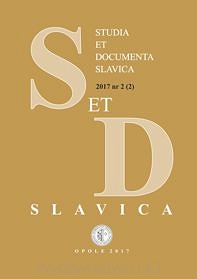 Summary/Abstract: The subject matter is developed around the Other, their presence and their personalising in the literary-cultural space. The reality becomes the source of observation (fiction and non-fiction) and reveals not only a variety of human experience in the world of multiculturalism, but also forms of “branding” the Other (rhetoric of the dominant communities towards cultural minorities) which correspond to them. The analysis of the rhetoric of speech and image permits to reveal the good and the bad side of language-cultural stereotypes, including also attitudes and behaviours affected by ideology.