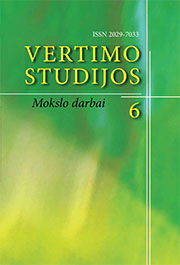 Summary/Abstract: Many conference interpreter trainers consider shadowing as an unhelpful exercise in simultaneous interpreting training because it does not require the student to analyse while processing the information. Among the outspoken critics of shadowing was Seleskovitch (Seleskovitch and Lederer, 1989); Kurtz questioned the value of the exercise in her article “Shadowing” Exercises in Interpreter Training (Kurtz, 1992) and Gillies maintains that it is the ‘thinking’ element that is absent and yet so important in Simultaneous Interpreting (Gillies, 2012). However, in the early 1990s Lambert championed shadowing as a useful device in the early stages of SI training even though she accepted that use of shadowing in training was controversial, she justified it as one of the training methods employed with beginner interpreters (Lambert, 1992). The exercise proposed in this paper takes shadowing beyond what Lambert offers and closer to simultaneous proper. It is a form of intelligent editing, which requires a higher order of processing capacity compared to that of shadowing. It is termed as efficient simultaneous processing of the source text.