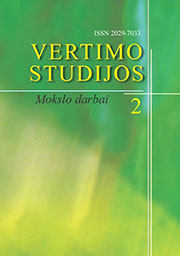 Summary/Abstract: Almost all of what we know about the structure and properties of Gothic comes from the Gothic translation of the New Testament from Greek. No analysis of Gothic syntax is therefore feasible without reference to the Greek original. This is problematic, however, as the autograph that was used in translating the Bible into Gothic does not exist, and the choice of the Greek edition of the New Testament for comparative study is a matter of debate. The article argues that, in spite of the general structural affinity of the Gothic text to the Greek, the numerous observed deviations from the Greek represent authentic properties of Gothic—it has been argued in the literature, based on such deviations, that Gothic is an SOV language. A comparison of the Gothic Bible and different versions of the Greek New Testament gives a taxonomy of structural and linguistic differences. Based on this, I argue that the correct version of the Greek Bible to use when analysing the structural properties of Gothic is the Byzantine text form, represented by the Majority Text of the New Testament.