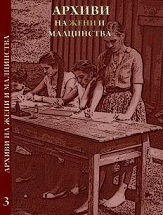 Summary/Abstract: Rayna Petkova was an activist of the Bulgarian Women’s Union and one of the first Bulgarian professional social worker. In the early 30-es she was a student at the Alice Salomon Women’s Social Academy in Berlin. Coming back to Sofia she gave lectures in methods of social work in the High Social School for Women opened by the Bulgarian Women’s Union. She worked also in the Department for struggle against moral decline in the Police (1932 . 1944). The article presents her life, her professional views and values as social worker as well as the conditions of social isolation, persecution and police surveillance she lived in after September 1944. It is reconstructed on the base of the documents in Rayna Petkova’s personal dossier in the Police department.