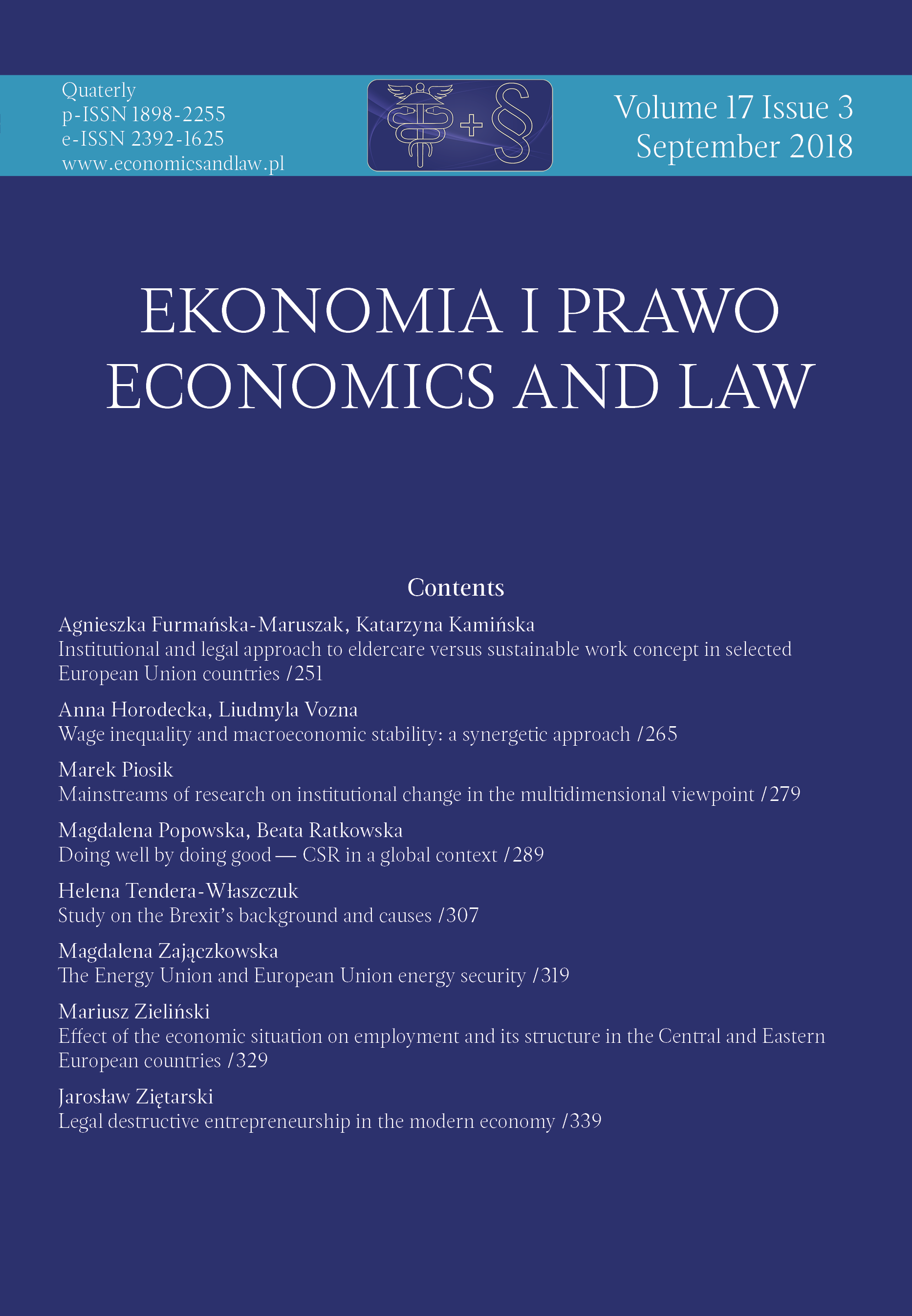 Summary/Abstract: Motivation: The results of the in-out referendum on the United Kingdom’s membership in the European Union has shown that the European project, understood as a process of politi-cal integration within the EU is not stable. The economic crisis as well as the migration crisis has started new discussion on the European project and its weaknesses. The British decision to leave the European Union significantly influences the conditions of the EU func-tioning and future. There is no doubt that the present situation is the most serious crisis in the history of the European integration. Aim: The aim of the paper is to analyze the hybrid model of integration and its influence on the United Kingdom’s decision to exit from the European Union and to broaden our understanding of the factors influencing that decision. The specific position of the United Kingdom in the EU will be analyzed. The history of the UK membership in the EU and the fundamental tension in the Member States’ debates concerning the model of integration will be discussed. The current situation represents a trade-off between two rival, federal and confederal, models of integration. The weaknesses of the present model of integration and its influence on the current state of the EU will be discussed. Results: From the very beginning the UK membership in the EU has been marked by many tensions. One of the most important problem was the discussion on the future model of the integration. The paper demonstrates that the present European integra-tion hybrid model is the main reason for the EU crisis and the United Kingdom’s decision to leave the European Union.