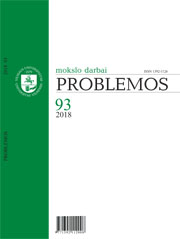 Summary/Abstract: The article is dedicated to the analysis of the conception of yogic perception (yogipratyakṣa) in Indian Buddhist philosophy. By relying on the primary Buddhist Sanskrit sources and contemporary critical studies, the historically relevant questions are raised: how yogic perception has been treated in Indian Buddhist tradition, and especially in the texts by the eminent representatives of its Yogācāra-Vijñānavada logico-epistemological school (Diṅnāga, Dharmakīrti, Ratnakīrti)? Why was it recognised as a valid source of knowledge, and what role was it granted to in the general Buddhist epistemological scheme (pramāṇavada)? Combined – textological semantic, hermeneutical and comparative – methodologies are applied in the course of analysis. The following conclusion has been made: while representing a coherent empiricist and phenomenalist approach, Buddhism has supplemented the classical Indian system of valid means of knowledge with two more means, namely, with that of yogic perception and authoritative testimony (āpta). However, by acknowledging the validity of yogic perception the Buddhists agreed, that it does not ensure per se the cognition of the truth and should be verified by the other valid means of knowledge. Most important from the Buddhist perspective is that such extraordinary perception should correspond to Buddha’s experience and its conceptual description.