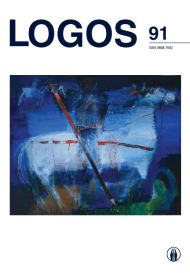 Summary/Abstract: The present paper is dedicated to the analysis of the conception of illusions in the classical Indian philosophy. It will display the varying interpretations on both the perceptual and metaphysical levels. An attempt is made to answer the questions: what place the theory of illusions (viparyaya, bhrānti, vibhrānti, adhyāsa, bhrama) has occupied in the general scheme of Indian theory of knowledge (pramān. a-śāstra); how illusions differ from dreams (svapna), hallucinations (mānasa bhrānti), doubts (sam. śaya), fancy (kalpanā) and yogic perception (yogipratyaks.a); how to explain the causality of illusions; what types of illusions were differentiated in India; what theories regarding the nature of illusions were developed; and what kind of controversy has been elaborated among the different philosophical schools (darśana) in India? The research is based on the primary Sanskrit sources of Brahmanical (Nyāya, Vaiśes.ika, Vedānta, Mīmām. sā, Yoga) and Heterodox schools (Buddhism, Jainism). The paper also includes contemporary critical studies and applies the methodologies of epistemological analysis of perception and comparative typology. The conclusion is that there is no single all-encompassing theory of illusions and explication of its causality in Indian philosophy. The divergent theories could be compared to diverse contemporary Western psychological and epistemological perspectives: direct realism, phenomenalism and representationalism.