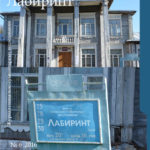 Summary/Abstract: Based on archive data, the author attempts at theorizing a Kulturfilm as an educational and propaganda film in the USSR in the 1930s. Kulturfilms were an effective tool for the public imagery of regions of the USSR, contained political discourse and played a prominent role in interpreting and adjusting ideological agendas. The article emphasizes the role of kulturfilms, which had been extensively filmed by the Sibtekhfilm studio in Novosibirsk in the 1930s. Working across the distant and exotic regions, filmmakers elaborated a set of lasting visual constructs of the Far East, Siberia, Altai, and Ural regions. The author studies the structure, episodes and plots of those Kulturfilms analyzing their scripts. Using the cartoon maps, art methods in filming and film narration, the filmmakers created memorable images of the remote regions. Geographical images correlated in the best way with cinematographic narratives, and the key images of the Far East, Siberia and Ural refashioned in the public mind of different generations of the Soviet people.