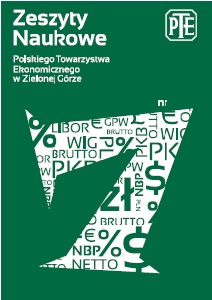 Summary/Abstract: In many human sciences, especially political science and economics (and cultural research) there exist many analyses of the impact of statism (etatism) on the functioning of societies. The aim of this article is to show and highlight contemporary phenomena of this doctrine, through inquiry into their origins and character, treated – especially by Austrian and British researchers – as unchangeable. Why Silesia? Why 1526-1740? Several constants existed there. Firstly, it was a province of the Holy Roman Empire of the German Nation, treated in the studies of the history of the rights as state par excellence. Secondly, in the abovementioned period, it was the farthest from, among others, Europe's easternmost economic structure which underwent statist policies modeled on French achievements. Thirdly, Silesia was the last in Europe, and so it was seen as "the most perfect", in practice it was a well worked out and well distorted, form. The article analyzes the issues of the organization and development of central public administration structures and their impact on economic statism, according to the scheme:1. Ideological basis of statism in Silesia,2. Implementation through the creation of central offices,3. The taking of the highest economic offices by the Emperor’s adherents,4. Giving the greatest land fortunes to people involved in the politics of Vienna Court,5. News from the fiscal policy agenda,6. Economic basis of the creation a new social order/hierarchy.Such a system is related to the value of chronological changes.When conducting an explanation, it proved to be the best to use synchronic, genetic, philological, evolutionary and sociological methods and elements of comparative, progressive and retrogressive and argumentum ex silentio methods as well.