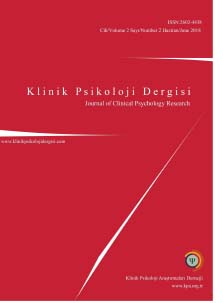 Summary/Abstract: Suicide is a pervasive problem all around the world. Due to the pervasiveness of the problem, it is important to develop methods to detect suicidal people. When the related literature is investigated, Suicide Probability Scale is found to be one of the mostly used instruments. In Turkey, there are two independently conducted adaptation studies on this scale. The latter study by Şahin and Batıgün (2000), conducted with a small sample size, was not published at that time, but put into a report form. The other studies using the Şahin-Batıgün adaptation revealed that the factor structure found in the initial study was not confirmed, so that this created need for studying the factor structure on larger and different samples. Consequently, the aim of the current study was to investigate the factor structure and psychometric properties of the Suicide Probability Scale, adapted by Şahin and Batıgün. The study was conducted with two different samples; the first one included 301 and the second one included 994 participants, and the second sample was used only for confirmatory factor analysis. The exploratory and confirmatory factor analyses re-vealed a four-factor structure. The factors were named as: “Social Support/Self-Perception”, “Anger/Impulsivity”, “Hopelessness/Loneliness”, and “Suicidal Thoughts”. The results of the confirmatory factor analysis supported the four- factor structure with acceptable model fit indices. Other findings related to reliability and validity showed that Suicide Probability Scale is a reliable and valid instrument that can be used in both clinical applications and scientific re-searches in Turkey.