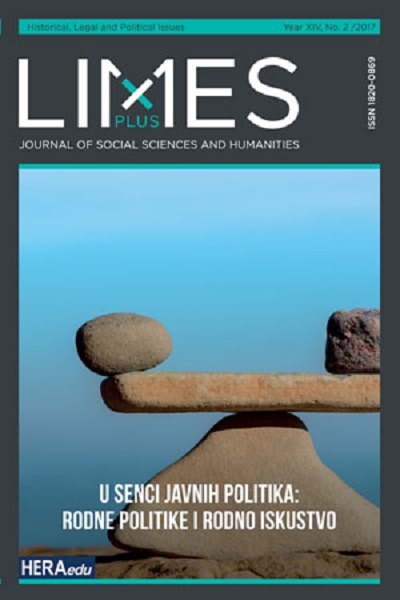 Summary/Abstract: This paper aims to point out the role of the family in the acceptance of LGBTTIQ in Serbia. The family is one of the most frequent places of rejection and violence for non-heterosexual persons – according to the data of 2014. Center for Queer Studies (CKS), only one-third of LGBT respondents report that their families know about their sexual orientation, while for 40% of people no one in their family knows about their sexual identity! The great degree of invisibility of LGBTTIQ means that topic of homosexuality is still taboo, and also that families in Serbia have conservative and patriarchal aspects. The first part deals with the position of LGBTTIQ population in Serbia today, based on public opinion surveys, NGO reports, and media information. The theoretical part relates to the problem of homophobia in the family, the problem of the of homosexual identity and internalized homophobia as well as psychological stress, the difficulties of growing up and the psychological problem of LGBT teenagers, based on foreign studies. In the second part of the paper will be presented data of survey research “Culture of birth and reproductive strategies of women in Serbia today”. This section is about attitudes of women in Serbia towards LGBT people in general – whether homosexuality is disease and perversion, the attitude towards the potential homosexuality of their children, the answers to the question of whether the respondents would participate in the Pride Parade and support the right for LGBT people to marry and adopt children.