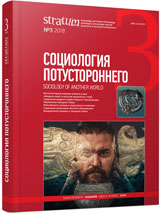 Summary/Abstract: The end of the Late Bronze Age in the south of Eastern Europe can be attributed to the VI—VII periods (12—10th centuries BC) of the metal manufacturing. Some very important cultural and historical changes occurred at that time. The VI period is particularly noteworthy by the change of cultures from the Urals to the Eastern Carpathians and the North Sub-Caucasus. Moreover, all new cultures developed in response to a strong external impact. At the end of the VI — in the beginning of the VII period of metal manufacturing all steppe cultures were crisis-ridden to a greater or lesser extent. This economic crisis was especially heavy in the Volga and Don regions, and the Sub-Caucasus steppes. From a whole series of scientific data, it seems that this crisis had been provoked by climatic changes. Climatic deterioration had the most serious impact on animal husbandry that was the basis for the economy of the absolute majority of steppe cultures of Eastern Europe. It was followed by disintegration, and then, by a collapse of these cultures. To the end of the 10th century BC, a great part of the Eastern European steppe roughly fell into desolation. Perfect authentic cultures were only conserved at its periphery: in the Ciscarpathian region, the Middle Dnieper, in Crimea, in the North Caucasus and the Volga-Kama region. In parallel with all these events in the steppe, there was a process of degradation of traditional social structures and institutions of power. They defeated together with these cultures leaving almost nothing to the new population of the Early Iron Age.