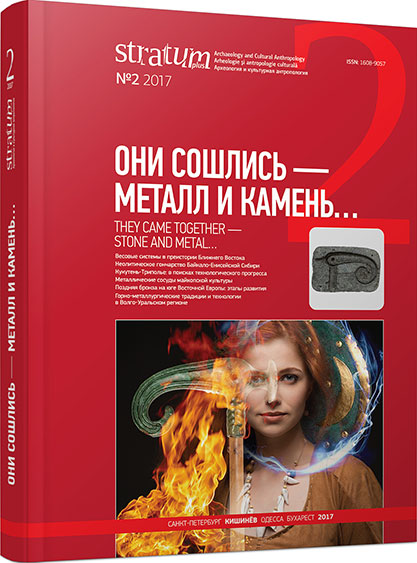 Summary/Abstract: A new scheme of relative chronology of metal production for the Late Bronze Age in southern part of Eastern Europe is presented in the article. Statistical correlation of 107 types of metal objects derived from 157 closed complexes (graves, hoards, molds) helped singling out seven stable groupings. Correlation of these groupings with archaeological cultures as well as other data enables to treat them as chronological periods. Each of the periods is represented by a relatively stable combination of several types. At the same time, each period includes some exclusive types. Typological composition of periods is described in detail and depicted in respective illustrations. Definitions of all 107 types are presented in an extended appendix. In absolute dates, the presented chronology embraces the time span from the border of the III—II millennia BC to the beginning of the I millennium BC.