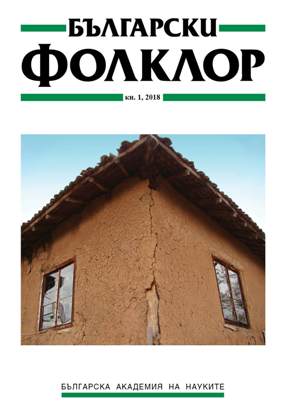 Summary/Abstract: After the study of fieldwork research data (texts and phonograms) from more than 50 settlements in Kazanlak Valley gathered from the late 19th century to the 1980s and preserved at the Musical Phono-archive of the Institute of Art Studies at the Bulgarian Academy of Sciences the author was further provoked to find additional examples from the region in other sources.Without pretending to fully exhaust the theme, the text reviews the different collections (published and unpublished) which contain folk music from Kazanlak region – both collections dedicated to various settlements in Kazanlak Valley and collections from the wider geographic and music dialect region of Thrace containing among others examples from Kazanlak region. The reviewing of these examples in scholarly work (monographs, studies and articles), in published compendia dedicated to musical folklore, in the publications of the local historians, as well as of some archival sources, is the first attempt for a systematic representation of the collection of the folklore treasure of the region in the course of time, as well as of its presentation in different publications.