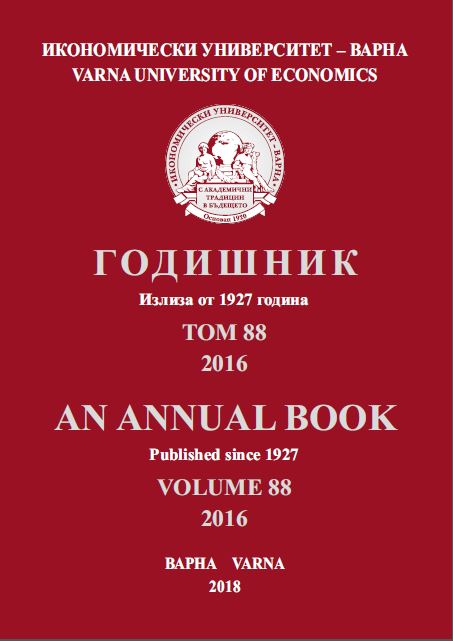 Summary/Abstract: In the study there is made a summary reconstruction of key elements of Prof. Dolinski's scientific work. In this way there is highlighted his place in the history of Bulgarian economic thought. There are also revealed the details of the process of Bulgaria's passing from the intellectual periphery into the semi-periphery with respect to economic research. The academic publications of Naum Dolinski are the ones to be principally credited for the gradual coming out of Bulgarian economic science of the state of being in the periphery and that of imitation. On the other hand they illustrate the fact that during the period after the end of the First World War till the end of the Second World War it has at its disposal the human as well as the scientific potential to begin the process of exiting the intellectual periphery. Due to the political changes in the country in the mid-1940s this process is interrupted and remains unfinished.