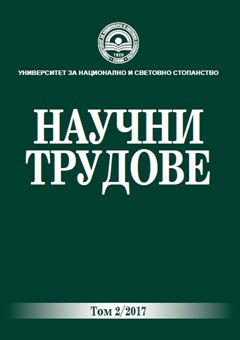 Summary/Abstract: During the 1930s and early 1940s the problems of the economic dirigiste and its theoretical analysis attracted the attention of the Bulgarian economists. To some extent it was a compensation for the fact that they missed the socialist calculation debate of the interwar period. Their analyzes were based mainly on the framework of the neoclassical meta-theory in combination with various other theoretical approaches. They managed to identify a number of problems associated with long-term functioning of the regulated (corporatist) economy – the impossibility to master and control the spontaneous market forces by means of the governmental regulation, inherent administrative constraints for the government and public officials to introduce and control the strict and conscientious implementation of all the laws and normative acts of the system of economic dirigisme etc. A new theory of international trade was developed, whose author was seeking to break away from the rejected labor theory of value. The main content of his concept lies in the claim that protectionism in certain cases may have positive consequences. The Bulgarian economists convincingly proved the incompatibility of capitalism with planning.