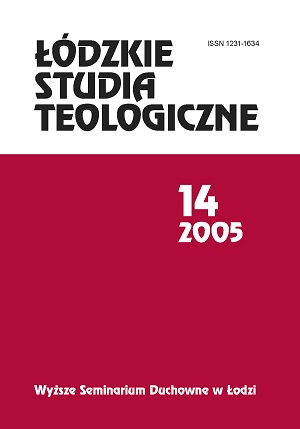 Summary/Abstract: Jan Fondaliński (1900-1971) was the second auxiliary bishop of the diocese in Łódź. He was ordained priest in 1924, bishop in 1957. In addition to studying (philosophical - theological) at the seminary in Sandomierz and Łódź, he also studied at the Lowian Catholic University, Lwów University and the Catholic University in Lublin. He worked in the seminary in Łódź where he was clergyman and professor of ascetic theology and pedagogy. He also taught religion classes in high schools. He was also a pastor in Brzeziny, the Wojciech church in Łódź and the cathedral in Łódź, during World War II he was in the Dachau concentration camp. After the war he worked with the Poles in France. He also had many responsibilities in the Episcopal Curia in Łódź.