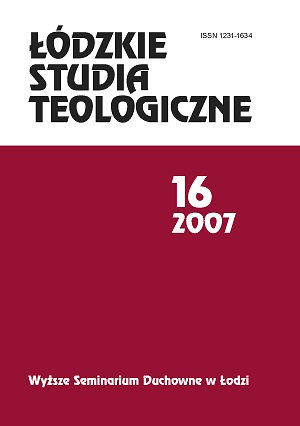 Summary/Abstract: This article presents the course of Lodź students' strikes, who in 1981 acted against the authorities of the Polish People's Republic (PRL) policy, concerning higher education They demanded introducing a lot of changes. Their strikes provided strong impetus for other students in Poland, who conseąuently started their own waves of strikes. The result of those strikes was establishing the first Independent Association of Students in Poland. In the first part of the article, the author outlined the communists' coming to power, strengthening it, as well as their style of ruling. That was a background for presenting the circumstances of students'strikes in Lodź, their demands, their talks with the state authorities and the Independent Association of Students coming into existance. The second part of the article presents the Catholic Church in Poland, its social role in the years of the communistic regime, which started in 1945, and Lodź Church special part during the srikesof 1981. According to the author, today, when there are trials to ignore or falsify some facts and events from the latest Polish history, it is essential to hold in reverence those wonderful episodes which reveal human's right to freedom, dignity, subjective treatment, and last but not least, to have all their rights guaranteed by the Constitution, respected by the ruling authorities. The author hopes that the present article will contribute to a long process of Polish national history cleansing and to showing it in the proper light. This article is dedicated to all of those who were involved in students' strikes, as a token of remembrance and gratitude.