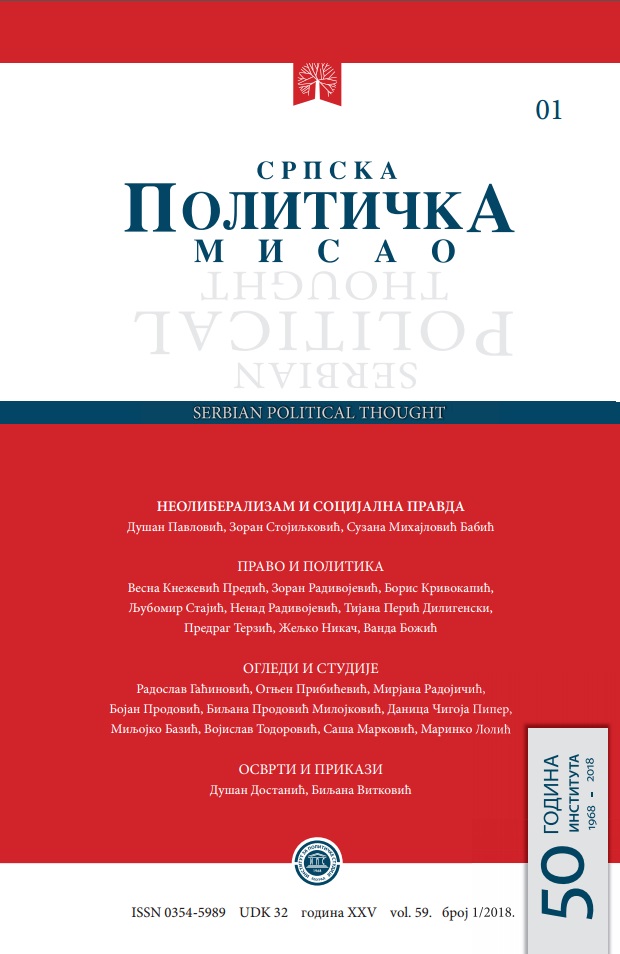 Summary/Abstract: The research starts from the basic assumption that the control of the policing is extremely important because of the sensitivity of the work that this law enforcement body performs and the possibilities of violating human rights and civil liberties. The aim of the research is to point out the necessary oversight of the policing that should provide the limitation of absolute power, the independence of the judiciary, the legality of work, the equality of citizens before the law of the minorities. The types of external control of the policing are parliamentary control, control of the executive, judicial control (judicial and prosecutorial), control of the bodies of the province and local self-government, independent institutions and the public. Methodological researches and analyzes of precise indicators of implementation of control mechanisms of the police in Serbia have been investigated in this paper. In the observed five-year period from 2012 to 2016, the mechanisms for external control of policing were mostly used in 2015, while in 2012 they were at a minimum. According to the results of the survey, some state authorities fully use control mechanisms and report them adequately, while others do not use them sufficiently or do not adequately record them. By developing the mechanisms of external control of police, the democratic state and the rule of law system are strengthening, which is especially important for Serbia and the countries that strive for EU membership. What mechanisms will be more effective depends on the political-legal system, degree of democracy, mentality, culture, tradition and other circumstances. In any case, it is necessary to provide efficient and independent mechanisms that will be able to respond to contemporary challenges such as organized crime, corruption, terrorism, migration. It can be concluded that the normative legal framework in Serbia provides sufficient mechanisms for controlling the policing,but the implementation of laws must be improved, which is the basic principle of the rule of law.