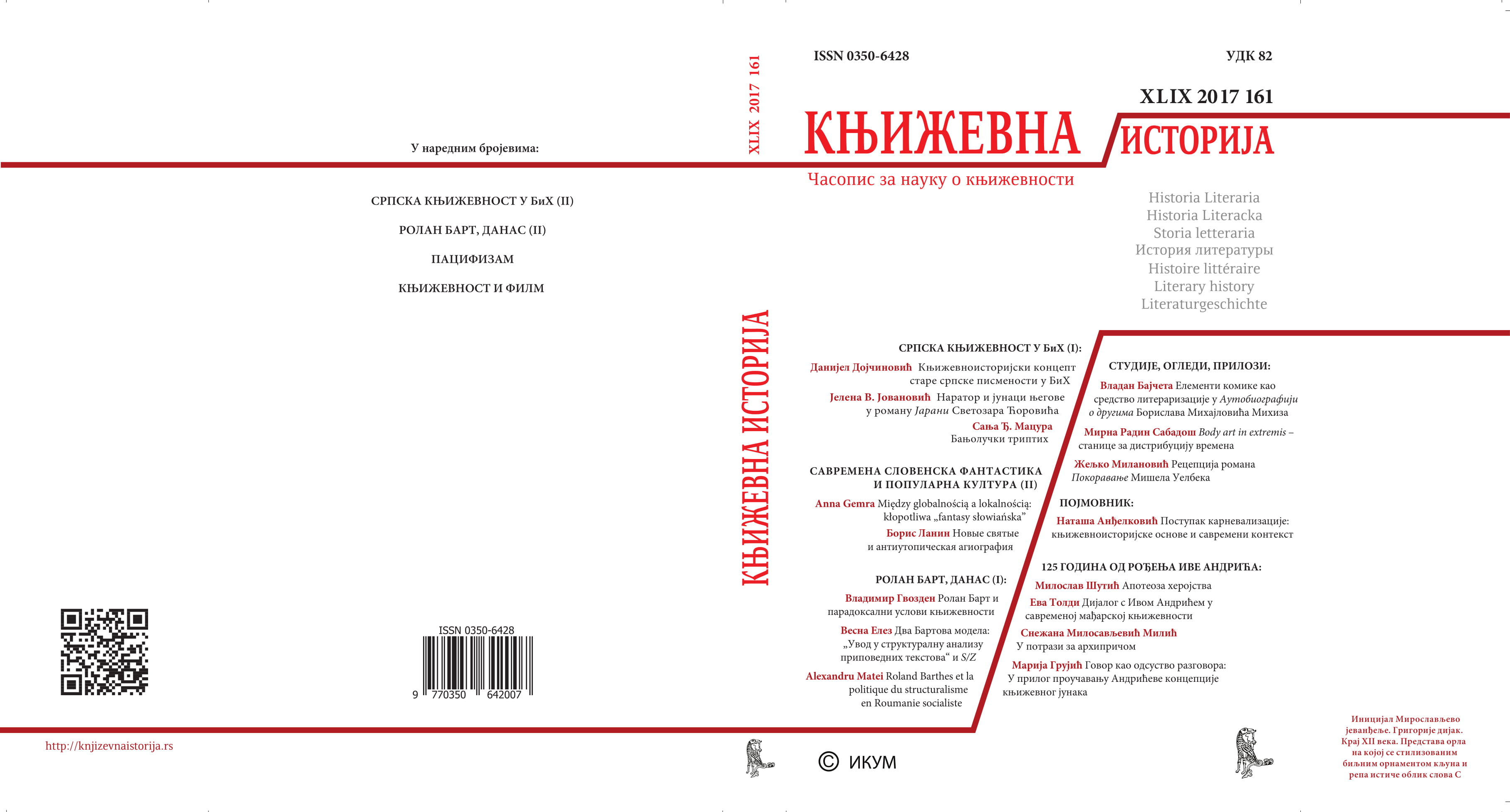 Summary/Abstract: The paper is based on the examination of the main literary-historical overviews of the Serbian literature, conducted with the aim of checking the treatment of the written heritage in the Serbian language (both literary and folk) on the territory of today’s Bosnia and Herzegovina, in the period ranging from the first monuments until the beginning of the new, modern concept of literature. A characteristic understanding of nationality in this part of the Balkan Peninsula, which presupposes relating the national identity not to the country, but to the awareness of the genetic and ethnic attachments, caused an overflow of national cultures out of the countries in which these cultures were of a majority (e.g. Serbian into Croatia, Croatian into Bosnia, etc.).