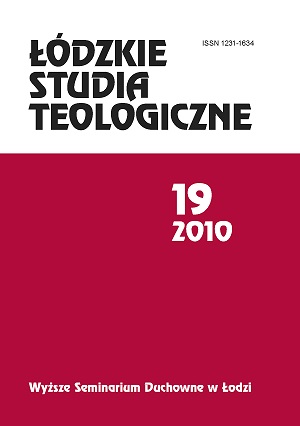 Summary/Abstract: Brain death is one of the most important yet difficult issues in contemporary medicine, as well as in the field of ethics. The fundamental issue concerns the legitimacy of employing brain death as the criterion for determining the death of a human being. While acknowledging the reasons for introducing brain death as an indicator of human death, the controversial nature of this criterion cannot be ignored. The definition of death, when human beings are involved, must be free from arbitrary judgements. Thus, efforts to reach a precise definition cannot be reduced merely to issues related to organ transplants, which, unfortunately, have all too often played a paramount role in such discussions. The magisterium of the Catholic Church, while not claiming the right to establish the criteria of brain death determination, or to pronounce on the diagnostic tests aimed at arriving at such a conclusion, insists that the discussion of bioethical issues concerning death per se must take into account a sound anthropological vision, and that criteria of death must be formulated with the utmost rigour and certainty. In this way we are called to act as servants of life, and not the opposite.