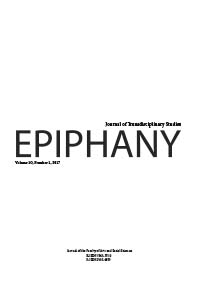 Summary/Abstract: To the modern reader, the Nineteenth Century England has always been the reminiscent of unrelenting ideals regarding social codes of conduct. Although such ideals have been widely criticized, they were passed off as unquestionably natural and necessary to be carried out during the Victorian era. Yet Oscar Wilde, the renowned dramatist of the time, was one of the authors who dared to put to challenge the accepted prescribed gender roles exposing their constructed essence using his insurmountable wit. The current article aims at analysing the apparently transgressive gender roles in Oscar Wilde’s play; An Ideal Husband, with the aid of Judith Butler’s theory of performativity, a theory which disavows the concept of an inherent gender identity in favour of the idea that gendered behaviours are the consequence of performing certain discursively assigned acts.