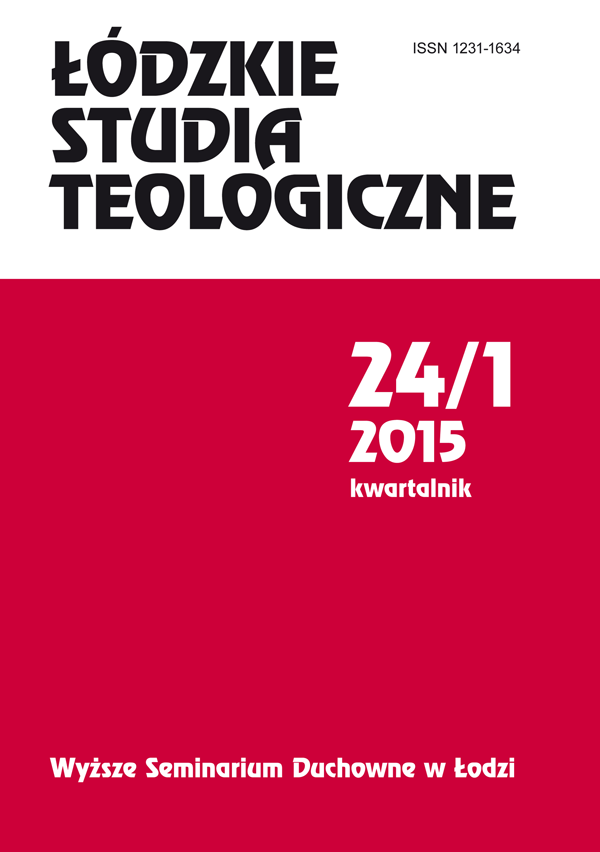 Summary/Abstract: Today Wieprzów is a tiny country village that administratively belongs to Tarnawatka commune in Tomaszów district in Lubelskie Province. This place was established by Wallachian settlers in the at least sixteenth century. Originally belonging to the Duchy of Belz, the village, together with the Duchy, was incorporated into the Crown of the Kingdom of Poland in 1462. After the first partition of the Polish-Lithuanian Commonwealth, Wieprzów was annexed by the Habsburg Empire, then it became a part of the Duchy of Warsaw and following the joint resolutions of the Congress of Vienna it was given to Russia. Due to the fact that Wieprzów at the time the present research focuses on was mostly inhabited by Russian people, there was an Orthodox parish, which became a Greek Catholic parish following the Union of Brest. During its functioning it organizationally belonged to the Deanery of Tyszowce and then Tomaszów. As an independent parish it existed until almost the eighteenth century. At the end of that century it was annexed to the parish of Protection of the Most Holy Virgin Mother in Podhorce and then to the parish of St. George in Tomaszów. As a branch Orthodox church it survived until 1875, which means until the liquidation of the union on the land of the former Kingdom of Poland. Having analyzed post-visitation protocols, it might be deduced that it was a wooden church poorly equipped with ecclesiastical utensils. There was also a bell tower and a cemetery by the church. It has been determined that a paroch (parish priest) had some arable land as well as grassland at his disposal to support himself, furthermore, he collected various ecclesiastical fees from his parishioners. He also had a small presbytery and ancillary buildings. Regarding the time period this paper deals with, the author found out personal information about two parochs as well as the approximate number of parishioners that varied between 45 and 145.