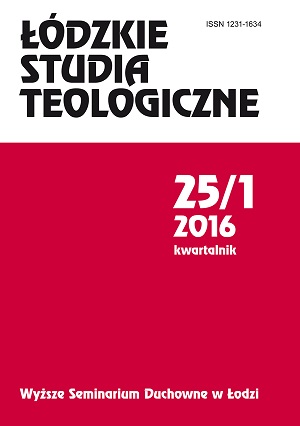 Summary/Abstract: The article is devoted to the Latin poem De spledidissimo Christi Jesu triumpho carmen by Martin Kromer who was one of the biggest writers of the Polish Renaissance. A theme of the work is time when Jesus Christ became alive again three days after his death. The theme are also miraculous events which took place after his Resurrection. The poet is supplementing records of the Gospel, introducing into his poem the action which isn’t complicated. He is talking about guards who stood by the grave. He is also describing the reaction of the nature which expressed its sadness because of the death of the Saviour. In the context of the report on the Resurrection, the poet is referring to the figures of ancient world belonging both to mythology, as well to history. In his artistic work Kromer isn’t presenting typical Apocrypha, he proposes a different perspective, having only character of the Apocrypha.