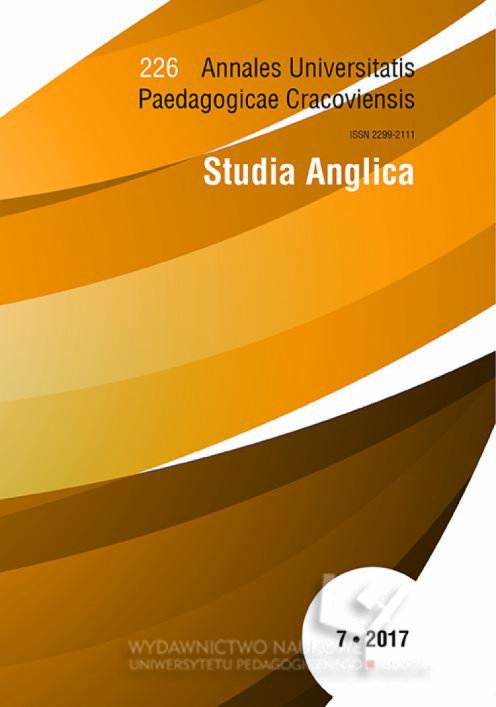 Summary/Abstract: Despite the fact that research on L2 pronunciation has developed greatly for a couple of last decades (e.g. Schwartz et al. 2014), the conclusions drawn from the studies are unfortunately rarely applied in practice, especially in the school curricula. Numerous studies carried out since early 2000s (e.g. Majer 2002; Nowacka 2008; Sobkowiak 2002; Szpyra-Kozłowska et al. 2002; Szpyra-Kozłowska 2008; Waniek-Klimczak 2002; Wrembel 2002; Lipińska 2014) have shown that pronunciation teaching is almost absent at schools (apart from the academic programmes) and that L2 learners critically assess their teachers’ pronunciation in L2. Although it has been proven that correct pronunciation is crucial in L2 communication (Littlewood 1994; Setter & Jenkins 2005), and this element of L2 learning has been included in the oral part of the Matura (upper-secondary school-leaving) exam (CKE 2013), it is still very difficult to find the substantial amount of pronunciation training in textbooks designed for lower education levels. At the same time, most teachers are aware of the fact that “the earlier, the better” and that it is much easier to teach correct pronunciation from the very beginning, than to correct fossilized pronunciation errors at later stages (e.g. Baker 1996; Nixon & Tomlinson 2005). While young children are simply able to acquire L2 phonetics by listening to stories, songs, nursery rhymes and by playing games, teens who are above 13 are much more conscious learners (Nixon & Tomlinson 2005) and may start learning pronunciation just like they study L2 grammar or vocabulary.The aim of this paper is to present the materials and methods which may be successfully used for teaching pronunciation to young teenagers (11–13-year-old primary school learners). They range from exercises and tasks already included in schoolbooks to various interactive games and activities, and even ways to teach International Phonetic Alphabet (IPA) to the aforementioned learners. The effectiveness of applying such techniques is proven by an auditory analysis of teens’ speech production, performed by three native speakers of English.