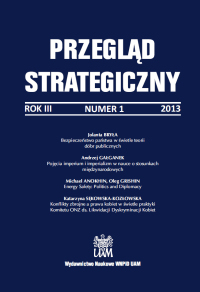 Summary/Abstract: 2011 revolutions in the Arab world sparked strong worldwide interest, mainly due to the easiness with which long-reigning dictators were renouncing their power. However, the shift of power did not make those who led to overthrowing the tyrants any better off. As the price of freedom seems incalculable, it is difficult to assess unequivocally all the costs of the so-called Arab revolutions: the number of people killed and displaced, changes to the size of economies and the standard of living, the impact on both the nearest neighbours and the situation in the region. Approximately 50,000 people died in total in the four most violent uprisings in Libya, Egypt, Yemen and Syria where one of them is still on-going.Yemen’s Gross Domestic Product (GDP) has decreased by 10% whereas in Libya it has plummeted to levels from the beginning of the 21st century. At the same time, Egypt and Tunisia have observed a negligible increase. No figures are available from Syria but estimates say about more than a 10% drop. In the above-mentioned countries, GDP per capita has not changed since 2010 whereas in Libya it has dropped by a staggering several dozen percent (in 2010 Libya had one of the highest GDP per capita in Africa).1 In the 2012 edition of the annual Failed States Index issued by Foreign Policy, it was Libya and Syria where the most notable decrease was observed (rank 50th and 23rd respectively) with Yemen “moving up the scale” and being rated 8th in the world. One of the main issues touched upon in the Failed States Index 2012 was the Arab Spring in particular, but the picture painted by its authors turned out to be quite pessimistic and its title: Was the Arab Spring Worth It? does not leave much room for misinterpretation. The purpose of this article is to present the international implications of the Arab Spring. Detailed analysis will focus on the regional context, because the most important changes took place in the the nearest neighbours of these countries. Firstly, the Arab Spring toppled some myths about the changes in the region. Secondly, a change of government that took place in the Libya and Egypt, scared the other leaders in the region. As a result, the rulers undertook measures aimed at reducing social tensions (budget transfers for the poorest). Thirdly, the intervention in Libya showed that theWest can intervene militarily in its nearest surroundings, when its interests are threatened.