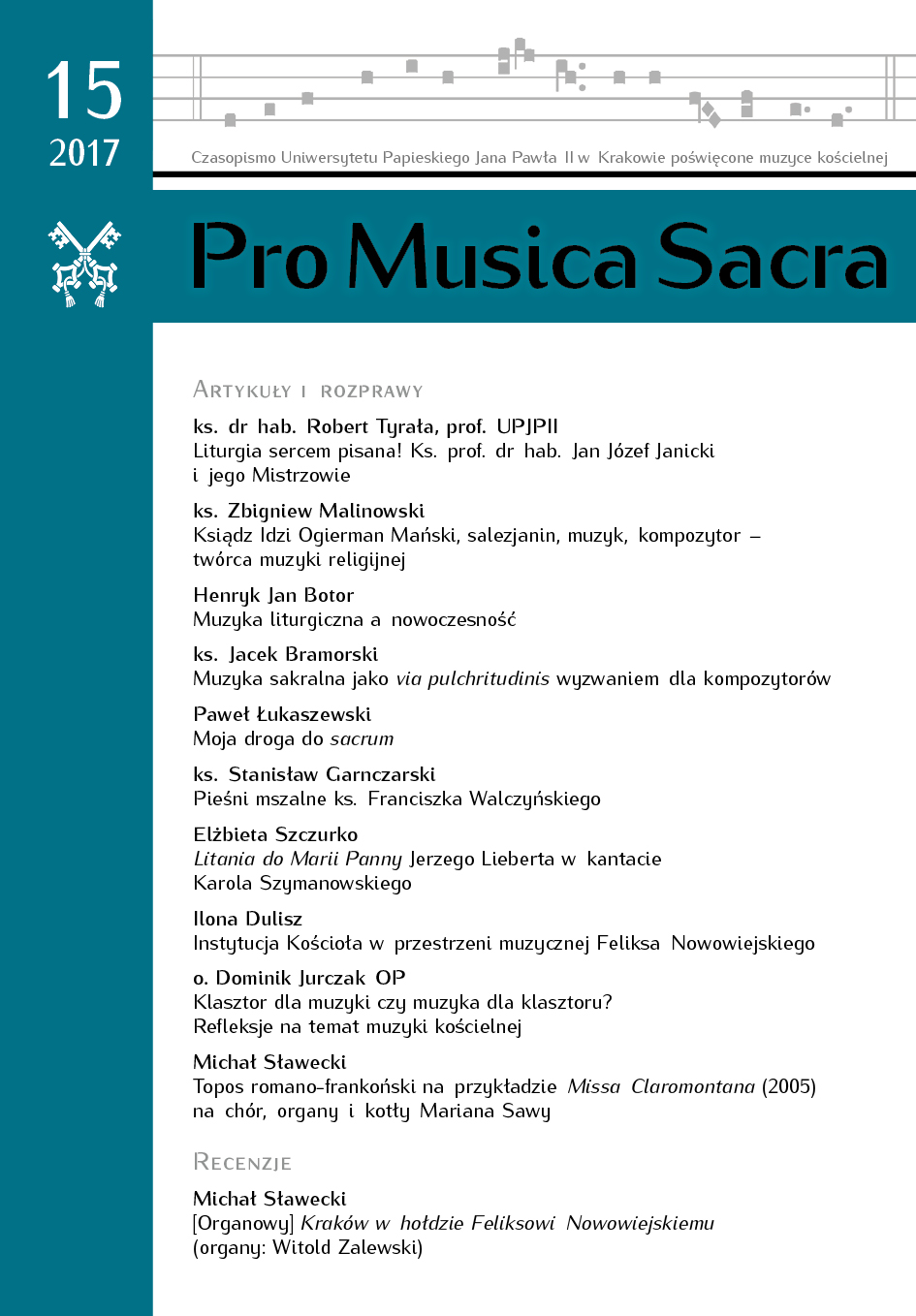 Summary/Abstract: The subject of the article is Litany to Virgin Mary op. 59 by Karol Szymanowski, written to excerpts of a poem by Jerzy Liebert. The author starts by concentrating on the characteristics of the works of Liebert, who was a leading representative of religious philosophical poetry during the period between the two world wars. She also discusses the evolution of the poet’s religious philosophical views and the way in which they influenced his literary activity. The analysis begins with Liebert’s lyrical poem Litany to the Virgin Mary, a poem of great simplicity yet symbolically charged, constituting an example of the kind of poetry where the subject “becomes locus transcendentiae”. The context for the poem is provided both by liturgical litany and poetic litany, with examples of poems written by Liebert prior to the Litany. In the later part of the article the author focuses on the attributes of Szymanowski’s cantata, which the composer himself regarded as “perhaps the best work he had ever written”. Having indicated the reasons why Liebert’s poem was the source of inspiration, and having described the circumstances under which the work was composed, the author moves on to characterise the constitutive features of the can tata, identifying them at the level of style and aesthetics, in the relation between words and music, and the symbolism of the imagery and expressive figures. In the interpretation of the work she refers to analyses by other authors, including Mieczysław Tomaszewski’s conception which depicts the Litany as an embodiment of the “Franciscan” idiom.