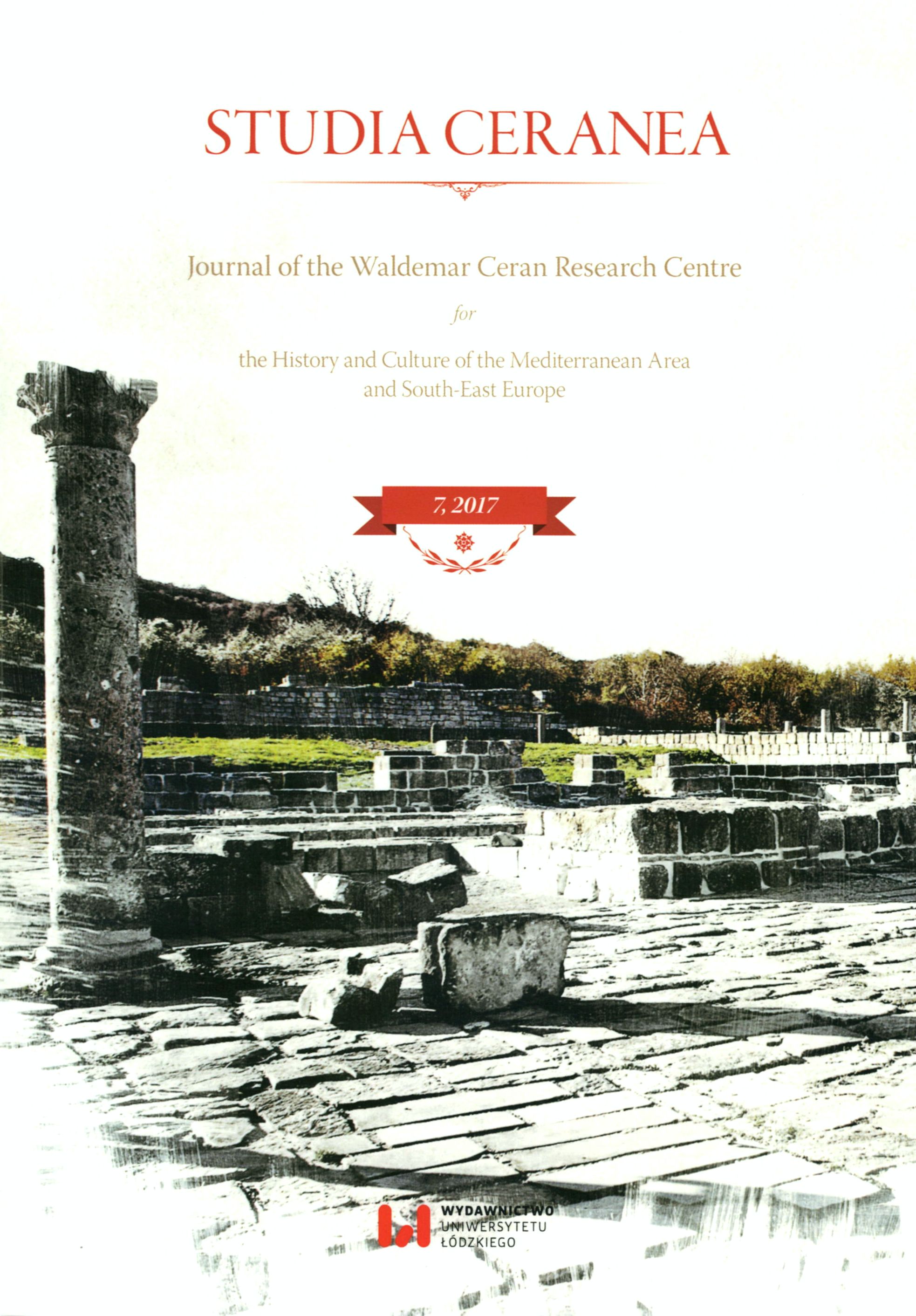 Summary/Abstract: This article explores the political and cultural context of the riots provoked by changesin the Trisagion (512). Along with the advancing integration of the Byzantine Empire with Christianity, the state’s interest in theological problems increased; these problems were also reflected in theliturgy. Worship was used as a tool of imperial policy. This mutual interaction between politics and liturgy can be observed particularly clearly in the history of the Trisagion. This hymn, in its primitive form appearing in the book of Isaiah (as the familiar Sanctus Sanctus Sanctus), had two interpretations from the first centuries. According to the first one, the hymn referred to God, or – with the development of theology – to the whole Holy Trinity. According to the second interpretation (probably originating from Antioch), it referred to Christ. Already in the 4th century, the Trisagion entered the liturgy. In the middle of the 5th century, we encounter a new version of the Trisagion (known as Sanctus Deus, Sanctus Fortis), which was an elaboration of the above-mentioned hymn. It also found use in the liturgy and originally had a Trinitarian sense. The Monophysites, in order to give the hymn ananti-Chalcedonian sense, added to it the expression who was crucified for us; this makes the hymn unambiguously Christological, but it may also suggest theopaschism (all of the Trinity was crucified). In Antioch, where the Trisagion first appeared in that form (and where the hymn had always been interpreted as referring to Christ), this addition did not provoke protests from the Chalcedonians. However, when the Monophysite emperor Anastasius decided to introduce this version to the liturgyin Constantinople, the inhabitants of the capital – accustomed to understanding the Trisagion in the Trinitarian sense – interpreted the change as an offence against the Trinity. This caused the outbreakof the Trisagion riots (512). Not long afterwards, restoring the anthem in the version without the addition became one of the postulates of military commander Vitalian’s rebellion against Anastasius. Thus, in the case under analysis, we see theology and liturgy blending with current politics; one andthe same hymn could be understood as heretical in one city and as completely orthodox in another.