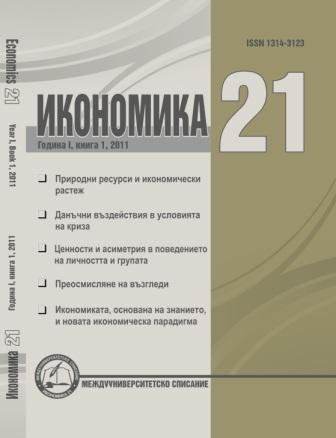 Summary/Abstract: The publication aims to explain the recent developments in growth theory. The underlying thesis is that there are indisputable proofs according to which since the mid-80s of the 20th century there has been a revival of interest in growth theory within the dominant theoretical paradigm – the neoclassical one – which has brought about many new and important developments in the particular scientific sphere. The paper consists of three parts. The first one explains the reason for the revival of growth theory over the last decades of the 20th century. The second part analyzes economic growth endogenous models as the basic theoretical novelty. The emphasis here is on P. Ro¬mer’s and R. Lucas’s fundamental contributions. The third part systematizes other new trends of economic growth research, among which of particular importance is the orien¬tation towards the so-called „fundamental” determiners of growth. In conclusion the au¬thor states that, in her opinion, the reorientation from short-term fluctuations problems to growth problems in the latest economic research is not temporary and conjectural but stable and long-term and will be preserved in the near future.