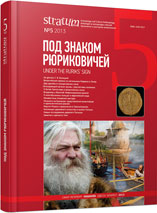 Summary/Abstract: The first collections of the orthodox art in Poland date back to the end of the 19th century. The National Museum in Krakow, founded in 1879, has one of the oldest. The most precious and the oldest icons (15th—16th c.) were bought or offered already in the 80s and 90s of the 19th century. They are the testimonies of the high-quality art of the orthodox settlement of the Ruthenia and Little Poland of the late Middle Ages. The collections of other museums of the Little Poland were founded much later, in the 30s of the 20th c., e. g. in Sanok, consisting of the local icons. After the WW II, new rich collections appeared in effect of the protection of the Eastern-rite churches abandoned in consequence of repatriation of the Lemkos. To them belong the collections of the Łańcut-Castle Museum and the Regional Museum in Nowy Sącz. New ensembles of orthodox art arised on the basis of the prewar collections, as in case of both museums in Sanok: Historical Museum and the Folk Museum and the National Museum in Przemyśl as well.In the North of Poland, an outstanding phenomenon is the collection of the icons of the Old Believers in the Museum of Warmia and Mazury in Olsztyn, while the museums in Szamotuły, Bielsk Podlaski and the National Museum in Warsaw and others possessed remarkable collections of Russian icons (19th—20th c.), gained from the customs offices or bought in the antique shops in the 80s and 90s of the 20th century. Some local icons one can find in the Supraśl Museum of Icons.