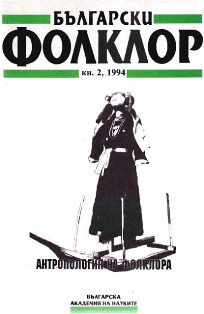 Summary/Abstract: The core of this study is the power of cultural norms over people, chiefly explored here in the psychological and socio-psychological perspective. Seen in this light is the traditional wedding, culturally set up, regulated and maintained by a number of norms, prohibitions and ritual actions. The author is in search for the personal dimension of the folk wedding rite. From the viewpoint of the individual, it is the mark and manifestation of one of the greatest events in one’s personal life. Its significance grows up due to the crucial role marriage plays in the socialization of the members of traditional society. The observations are based upon a body of women’s stories about their own weddings, recorded in the course of folkloristic interviews, these stories are conversational narratives, which prove to be very vivid and emotional and still an essential means for expressing one’s present attitudes and life strategy. It is commented on the uppermost emergence of this kind of narratives as part of female informants’ repertoires. These autobiographical stories are as a rule focused on the problem of conformity/non-conformity of one’s own behaviour with the traditional norms and rules. All such narratives, that have come to the author’s attention, actually relate about some deviation or infringement of the norms. Accordingly, they are concentrated upon the personal reactions to and experience of the individual’s conflict with the norm. One of the main functions of these stories is said to be their role as psychological release and compensation. On the other hand, they give a more vital idea of the ways in and the extent to which people follow the traditional norms in real life. The different factors influencing the variable personal reactions to the power of the norm are discussed in detail. Among them special attention is drawn to the narrator’s personality and the changing socio-cultural environment.