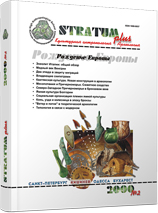 Summary/Abstract: The main subject of the article is tumulus burials in the extended position of the Lower Dnieper region which are known in archaeological literature as the post-Mariupol (after I. Kovaleva) or Kvityanskaya (after Yu. Rassamakin) culture (c. 4000-3500 B.C.). The author discusses in details the history and current state of studies related to the culture in question. Further specific traits of the burial rite and grave goods are characterized which single out the culture among other cultural groups of the steppe and forest-steppe zones of eastern Europe. The attempt is done to relate the pottery from the graves to certain settlement sites. It is proved that it has no parallels in the settlements of the Skelyanskaya or Sredny Stog II cutures and represents a separate phenomenon connected mainly with the forest-steppe zone. According to parallels in neighboring cultural units the Kvityanskaya culture has probably developed during the period from the Tripolye B2 to Tripolye C2 stages. Additionaly to the general problem a hew material from Kamenka Dneprovskaya is published.