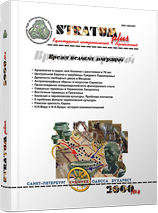 Summary/Abstract: The basin of the middle stream of the river Seim is rather far to the east of the main Zarubintsy area of habitation. Although some sites of Zarubintsy type were known here earlier (Berezovets 1955), the last years saw a significant increase in these findings here. This article is a publication of materials collected on one of such settlements (fig. 16, 9). Excavations works yielded one almost square feature deepened into the soil (fig. 3Á), a series of pits of various sizes, a few assemblages of pottery. The findings show a rather wide chronological span, and are dated by all the period of existence of Zarubintsy culture.