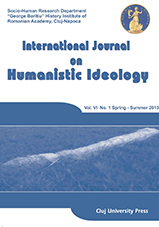 Summary/Abstract: The purpose of this article is to present the changes within the caste system produced during colonial India. The reason for choosing to analyze this subject it is because caste represents one of the key concepts of Indian civilization, giving its socio-cultural distinctiveness. Appeared in Ancient India, the caste system is a very elaborate and disputed phenomenon of social stratification, which is still present in today’s Indian society. The political takeover by the British from the Mughals had important consequences also on Indian society. During British rule, which lasted from the eighteenth century until 1947, the caste system evolved and expanded into more than 3,000 different castes. Even though significant changed were brought to the caste system, it had not been removed. Interestingly, the British instead of eradicating the caste system, they actually have strengthened and reshaped it. This article will focus on the changes brought by the British to the Indian society, during the colonial period. Some of the political, social or religious measures influenced directly the caste system, however others being actually consequences of the colonization.