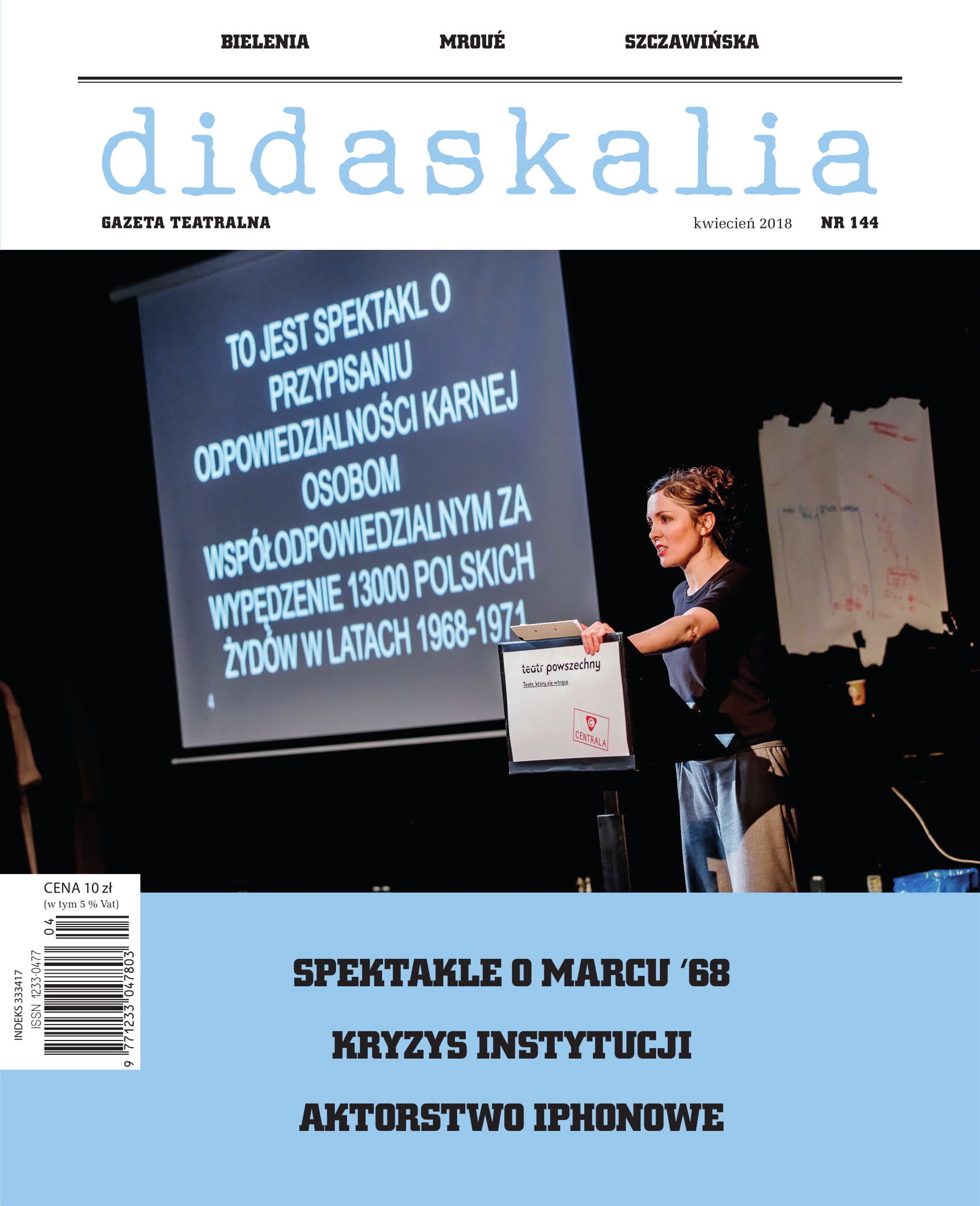 Summary/Abstract: Thomas Irmer writes about two plays of Milo Rau: "Sturm auf den Reichstag" and "Lenin".The former had its premiere on 7th November 2017 at International Institute of Political Murder in Berlin and constituted part of project regarding democracy. Apart from the actors of Schaubühne, the activists coming from all the world took part in this project. When it comes to „Lenin”, which premiered on 19th October 2017 in Schaubühne in Berlin, it is a staging of biographical and historical drama about the choice of Lenin's successor to take over the role of political leader of Russia. Irmer focuses on director's strategies of alienation and experimentation with documentary realism and analyzes them in the context of aestheticization.