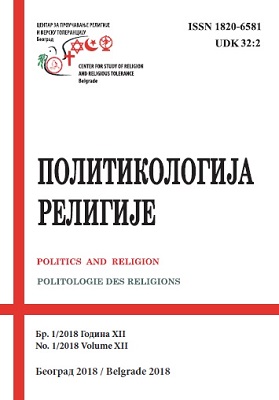 Summary/Abstract: Previous research has established that the concept of difference is critical in national identity formation. This paper applies these broad understandings of identity formation to current immigration trends in Europe by looking at the relationship between immigration, nationalism, and religiosity in the European context. If theories about religious difference are accurate, then states with large and increasing numbers of Muslim immigrants should show stronger and increas ing measures of religious (Christian) nationalism as Europeans fall back on religion as a key tool in self-identification. This hypothesis is tested by using OLS regres sion and Logit to calculate the strength of the relationship between religion and nationalism in central and western European states using data drawn from World Values and European Values Surveys. Additional controls, including age, sex, edu cation, income, and political orientation are also included. The resulting measure of religious nationalism is then examined in relationship to immigration trends across the continent. The findings show an increased, albeit complicated, link be tween religion and nationalism in countries with higher levels of non-EU immigra tion, and therefore partially support the hypothesis. The findings also show that increased religious diversity undermines religious nationalism over time, there fore painting a mixed picture for the future of identity politics in Europe.