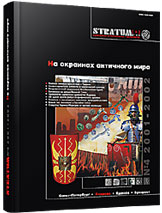 Summary/Abstract: The grave yard «Sovkhoz №10» shows traces of biritualism. The article studies various burial constructions on the necropolis, among which there were earth and niche graves. The latter prevailed, each containing one, two, three niches. Quite frequent are also inhumations in stone cists. A barrow was discovered on the territory of the grave yard; it covered a stone cist devastated in antiquity.There are some cases of infant burials in amphorae. There are as well crouched inhumations.In I-II cc., the necropolis belonged to the Greeks. In III c. AD there was a change of population, with higher incidence of cremations. Amphorae, hand-made pots, ossuaries served as urns.The fourth c. AD sees appearance of new burial structures – tombs. In early V c. AD a small settlement, to which the grave yard belonged, was destroyed by the Hunns.

Население округи Херсонеса в первой половине I тысячелетия новой эры (по материалам некрополя «Совхоз №10») The Population in the Neighborhood of Chersonesos Tauricus in the First Half of 1st Millennium A.D. (by materials of the necropolis “Sovkhoz No. 10”) 2004
2021 © CEEOL. ALL Rights Reserved. Privacy Policy | Terms & Conditions of use
ICB - InterConsult Bulgaria ver.1.5.2118