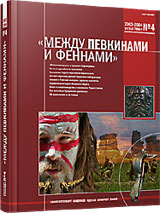 Summary/Abstract: The grave yard «Sovkhoz No. 10» (Sebastopolsky) was discovered near Sebastopol and studied in 1954 – 1966 (with some interruptions) by S.F. Strzheletski, later by Yu.A. Babinov and S.G. Ryzhov. The necropolis contained burials showing biritual rite, with niche graves prevailing among the inhumations. Moreover, the dead were buried in ground graves, sometimes in stone cists. There are some cases of infants buried in amphorae. There was a barrow on the territory of the graveyard, which was surrounded by a small ditch with a bridge. There was a stone cist under the barrow, containing a devastated burial. Besides, the site yielded evidence of a funeral feast with a cenotaph with Cherniakhov vessels. The rite of cremation prevailed during some periods of existence of the necropolis, with amphorae, hand-made jars and pots, as well as red-lacquered vessels and stone ossuaries used as urns. The 3rd – 4th centuries are marked by appearance of stone cists for placement of urns in the necropolis. The cremation rite was gradually fading and by the late 4th A.D. it had disappeared completely. In late 4th c. a new ethnos brought about new burial construction and a new rite – collective burials in vaults. The inventory in the burials is rich and various. It allows determining chronological frameworks of the grave yard and distinguishing 4 phases in its existence: the first one is dated by 1st – 2nd cc. A.D., the second phase by the 3rd c. A.D., the third one by the late 3rd – 4th cc. A.D., the fourth one is dated by the late 4th – early 5th c. A.D. In the early 5th c. A.D. a small settlement that left the graveyard on the territory of the modern «Sovkhoz No. 10» seems to have been exterminated by an invasion of the Hunns or left westwards together with the latter.