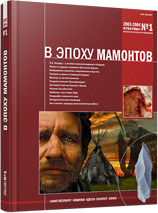 Summary/Abstract: Diachronic aspect of landscape studies is an integral part of many disciplines: historical geography (in its Soviet and Western-European versions), American and European versions of landscape history, cultural geography, classic physical geography, landscape archaeology, etc. Differences in palaeolandscape notion conceptualisation in their frameworks could be shown at the level of classic and post-non-classic, «Soviet» and «Western» science as well as at the level of national scientific schools.Soviet researchers studying palaeolandscapes paid primary attention to physical-geographic problems, such as characteristics of ancient landscape components, delineation of their chronological and spatial sequences etc.Non-Marxist researchers focus mainly on landscape significance conceptualisation in early societies’ culture. As a result one can trace wide diversity of landscape comprehension beginning with its interpretation as a background (stage) on which man acts up to the its understanding as crucial factor determining basic features of early population livelihood systems and ethnic culture. Study of ecological context of palaeolandscapes has gained increasing popularity recently, focusing on reconstruction of palaeolandscape comprehension by its inhabitants.Dissemination of post-modern methodology in palaeolandscapes studies is realised on the basis of phenomenological approach. Its key idea that landscape doesn’t exist without its creator displays itself in notion of landscape interanimation and is illustrated by post-structural methods and by “artistic approach”.For the most of the mentioned approaches to palaeolandscapes comprehension (except for post-Soviet physical-geographic studies) uncertainty of spatial and chronological frameworks is typical. That’s why the term “landscape” is often applied for territorial units characterised by radically different taxonomic and substantial features.