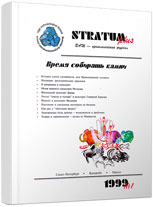 Summary/Abstract: A short review of the basic Mesolithic monuments (base-camps, season sites, shorts-term location, centers of flint working and also of burials and cemetries) gives the possibility to reveal the stages of evolution of systems of settlements and connected with them ways of vital activity, which in general coordinate with the palaeographic boundaries and condition the changes in the fundamentals of carrying on management: 1). Allerřd; 2). Drias III-preboreal; 3). Boreal Among the factors that influence greatly the choice of systems of life activity an important place takes the specific characters of the ecological niche and historically formed specific features of cultures (the ethnic culture inclusive) of certain groups of population. The existence of every separate type of archaeological monuments presupposes the existence of a century developed system of selfregulating of the group of primitive people. Alongside with many other components it comprises: periodical displacements, sometimes into a considerable distance; living in one place, the ensuring of conditions good for vital activity and for continuation of family, the working and usage of labor implements, ritual activity. Thus, studying of the systems of settlements on the basis of revealing and interpretation of monument types gives almost exhaustive information about the way of life of certain groups of population. In such a context the settlement can be at the same time both the means of adaptation to certain conditions of existence and the main historic source for the reconstruction of cultural-historical adaptation of a certain community of Mesolithic population.