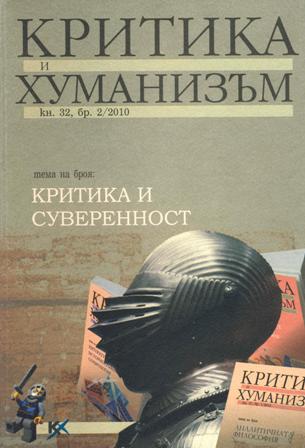 Summary/Abstract: The article questions the key premises of the judicial theory of sovereignty. In this perspective, law is understood not as legitimacy that has to be stated but rather from the point of view of the procedures of subjection embedded in it. The aim is to avoid the issue of sovereignty and thus to allow the issue of domination to emerge. Instead of analysing power by means of the judicial system of sovereignty, state apparatuses and social ideologies, it is better to analyse it by means of the methods of domination, the forms of subjection and real oppressions. We do not comply with the triple precondition of law, unity and subject, which postulates sovereignty as a source of power and as a fundament of institutions, but apprehend the triple point of view of methods of domination, of their diversity and of their consequences, which make them a foundation of power relations; in other words, we deal with a sociological analysis of the constitution of subjects rather than with the genesis of the sovereign.